The City: Voices and Creations

Extended deadline for abstract submissions: By noon on February 14, 2016

The newest edition of the LL Journal will be coming out in December, 2015. Their call for papers is below. Keep up-to-date with the Journal by following them on Twitter and on Facebook.

Nomenclatura: aproximaciones a los estudios hispánicos, the peer-reviewed, graduate student journal of the Department of Hispanic Studies at the University of Kentucky, invites submissions for their 2015 issue. The issue will be titled “Negotiating Identities and Otherness: Race in Spain and Latin America.” To read the current issue and to submit a paper, please visit their website: http://uknowledge.uky.edu/naeh/.

Email nomenclaturauk@gmail.com with any questions. 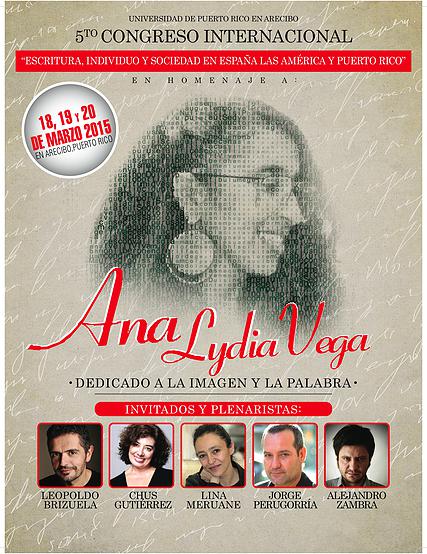 Calls for Papers / Opportunities — Comments Off on CFP: Spanish and Portuguese Review
27
Oct 14

From the AATSP website: “Spanish and Portuguese Review (SPR), the annual graduate student journal of the American Association of Teachers of Spanish and Portuguese (AATSP), invites the submission of original, unpublished manuscripts on culture, film, linguistics, literature, pedagogy, second language acquisition, translation, and other areas related to the study or teaching of Hispanic and Luso-Brazilian languages and cultures. Quantitative, qualitative, and mixed methods of research are encouraged. In addition to articles, SPR invites the submission of book and media reviews, interviews, and notes on technology and pedagogical resources.All submissions should display thorough and comprehensive knowledge of the subject and field in question; be written in Spanish, Portuguese, or English; and strictly adhere to the journal’s guidelines.”

Find out more about SPR, the AATSP, and submission guidelines here.

Calls for Papers / Opportunities — Comments Off on CFP: Kaleidoscope, the Annual University of Wisconsin Conference
22
Oct 14

University of Wisconsin-Madison, Department of Spanish and Portuguese

All the Senses of the Word: The Dynamics of Denotation and Description

Please send abstracts (250-300 words) along with three keywords and a brief biography that includes institutions/organizational affiliation (if applicable) as well as contact information to kaleidoscope.wisc@gmail.com.

From the conference organizers:

“At the heart of formal semantics lies the idea of compositionality. That is, “the meaning of a whole is a function of the meaning of its parts and their mode of syntactic combination”. This raises the question, how does one determine the meaning of the individual parts of a statement? Denotation is the mechanism of language that allows us to link a linguistic expression to the part of reality it represents. However, it is well known that the literal meaning is only one of many that a sentence can fully convey. During this conference we will explore the transition from literal denotative meaning to the world of literary and imaginary nuances.

As visual, aural and verbal media interact with literature, the written word becomes a tool to either enhance or corrupt images, sounds or experiences. Descriptive devices such as ekphrasis allow for the sister arts to compete and collaborate while intermediality, or multimedia, allows for the communication and representation of multiple aesthetics and sensory modalities at once. In this interaction, the lines between the literal and the connotative meanings o f a word are further blurred or enriched. Translating the visual and linguistic complexities of the Iberian Peninsula, Latin America and the Caribbean through the written word has been a historically controversial process— what are the sounds, images and textures that literature tries to relate with words, and what are the political or artistic motivations behind apprehending such imagery in literature? This year’s conference aims to explore the theory and practice of denotation and description as linguistic and literary tools that deal with the representation, interpretation and translation of diverse cultural realities and perspectives.”

LEFTovers: What’s L/left of Literature and Critical Theory in the 21st Century?

Are the humanities inherently “progressive”? Is such a belief—if, indeed, we have it—a legacy of “the Left” in academia, and is it a legacy that all of us, whether we’re “on the left” or not, must somehow deal with in our scholarship? Those of us in the humanities have been charged with answering for all our “theory,” for our love and vulnerable loving of literature, and for what they’ve wrought. And such charges seem inextricably bound up with the accusations of left failure, crippling relativism and abstraction, and the “Americanization of theory” (Keucheyan, The Left Hemisphere), which has supposedly depoliticized/institutionalized our passionate talks and reduced them to just that, talk. Have we been relegated to—or have we willingly and hermetically sealed ourselves within—familiar echo chambers of resonance and relevance? To whom, and to what ends, are our calls directed? To which calls do we feel ethically bound to respond? Such questions implicate and address all of us; they insist, they demand.

The idea for this conference has been largely influenced by recent debates and published volumes on the remains of “progressive” politics in the humanities. At the same time, the concept of “leftovers” is as concerned with remains as it is with waste—what needs to be cleared away. How, in our irreducibly heterogeneous disciplines/fields, is our work and academic practice still  shaped by residual legacies of leftist politics? What must be retained? refashioned? purged? We invite abstract submissions from across a range of disciplines that will aim to (re-)interpret and (re-)assess the implications of what is “Left” and “left” of literature, literary scholarship, and theory in the 21st century.

Possible topics/themes for papers include, but are by no means limited to:

Susan Buck-Morss is Distinguished Professor of Political Science at the CUNY Graduate Center and Professor Emeritus in the Department of Government at Cornell University. Along with numerous articles, her works include the recent and widely influential study on Hegel, Haiti, and Universal History, along with others, such as: Thinking Past Terror: Islamism and Critical Theory on the Left; Dreamworld and Catastrophe: The Passing of Mass Utopia in East and West; The Dialectics of Seeing: Walter Benjamin and the Arcades Project; and The Origin of Negative Dialectics: Theodor W. Adorno, Walter Benjamin, and the Frankfurt Institute.

Please send abstracts of no more than 350 words to leftoversumich@gmail.com by December 1st, 2014.

Calls for Papers — Comments Off on CFP: Economies and Currencies in Literature; ACLA Seattle
08
Oct 14

Economies and Currencies in Literature

This seminar will explore the representation of money, economies, and currencies in literature from a wide range of methodologies (materialist, historicist, formalist, etc.) to examine the process of value making in literature. One approach is to study the relationship between metaphor and economic exchange. As Marc Shell has shown, metaphor is itself an exchange, and language and thought internalize monetary form into what he calls “money of the mind.” And, in On Truth and Lies in the Extra Moral Sense, Nietzsche compares “truths” to “coins which have lost their pictures and now matter only as metal, no longer as coins.”

Still another approach is to look at the larger picture of the intertwining histories of economics and literary studies. As Elizabeth Hewitt has recently noted, “even as American literary scholarship over the last thirty years has emphasized the marketplace […] the field has not entirely erased its essentially antagonistic attitude toward the economic world that is so fundamental to the production of the archive it studies.”

We invite papers that deal with the representations of economics in literature and with methodological approaches to studying the two disciplines together such as but not limited to economic criticism and rhetorical economics. How do literary texts create values? What kinds of economies exist in literature?

Please note that ACLA uses a seminar stream style for the annual meeting: participants will attend all sessions during a 2 day or 3 day seminar. More information about the conference is available at http://acla.org/annual-meeting/about-annual-meeting

Need help with the Commons? Visit our
help page Send us a message
Skip to toolbar

Built with WordPress Protected by Akismet Powered by CUNY